Designer paper is expensive, and throwing those scraps out can seem painful. But now you don’t have to when you use this method. Make this cute herringbone card using those costly paper scraps – it’s fun and you’ll feel almost as thrifty as Scrooge McDuck!

Trash is treasure with the herringbone method

We’re keeping with the Halloween theme here with a few days to go, and I wanted to revisit one of my favorite techniques using patterned paper scraps – the herringbone pattern. The project for which I used these papers was in my last blog post, the Halloween sour cream containers, and I had a small pile of lovely scraps just laying on my workbench, begging to be used. Far be it from me to throw out needy scraps. 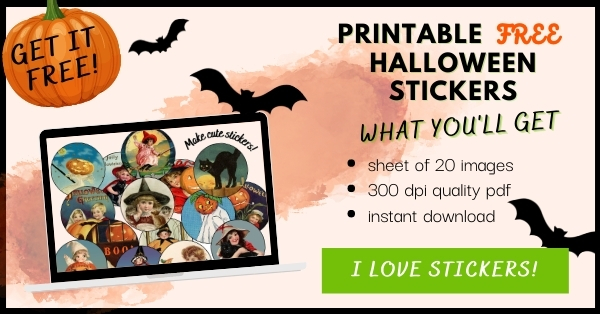 Here’s a quick link to my original Herringbone Card Project with detailed instructions and pictures. And here’s a closeup of the papers used in today’s herringbone card. There’s quite a bit going on here, but the papers all came out of the same paper pak, and therefore they mixed well with each other. I love it when papers play nicely together. I used black for the barrier strips which keeps the viewer’s eyes from bouncing around off the edge of the card.

Bring it home with the focal point

Of course, with this much visual activity, one must have a place for the eyes to rest, and that’s where the label comes in. I can’t quite call it a “greeting,” per se, because “Fright Night” doesn’t really greet anyone. But it defines the card, plus it was the only stamp in that particular collection which fit the space, so there you have it. Sometimes you just have to use what you have. I stamped the image and words on cream cardstock first, then cut that layer on the Big Shot and inked the edges with Memento Tuxedo Black ink. I then cut the next size die and embossed the edges with copper embossing powder – this added a little texture and just the teeniest hint of shine. Which was really all this card needed. This was not your average bling-needy card.

Here’s another look at the embossing as well as a super close look at the herringbone strips. They are quite tightly packed.

The herringbone technique is not only fun, useful and a thrifty way to use leftover paper, it’s also interesting. If you press down firmly enough with your bone folder in the final step (Step 11 for your convenience) this card front will almost feel like a single sheet of paper. It’ll come close to being that smooth. Which is good – you don’t want little strips of paper coming off later.

Continue the theme inside

In keeping with the spooky theme, I continued the stamping on the inside. I don’t have a lot of Halloween stamps, so I busted most of them out on this card. Sometimes I believe in taking a good thing to excess. Sometimes.

Sometimes I’ll put a card’s greeting on the inside, especially if it’s small in size, like this one. The reason for this is practical: I’ll often build up small greetings with layers of labels, but I didn’t want to cover up the herringbone pattern on the front, so I kept the greeting small and put it on the inside of the card instead.

I wanted the skeleton to look a little pale, so I stamped him off on scrap paper first and then made him look like he was just kind of peeking around the edge of the card. And good grief, that spider is HUGE compared to him. These stamps are all from the same set (discontinued), and they’re not true to size, are they? I know I’d run screaming if a spider that huge looked up at me like that. Yes, I would. (I promise.)

As for the bats on the left… I mis-stamped the top one and missed part of the left wing, so I thought I’d “wing it” (heh, get it?) and stamp over him, but eyeballing a re-stamp NEVER works, and instead got a shadow stamp and I left it that way. Kind of looks like a second bat right behind him. Sometimes you just… have to. Especially when you try to fix the problem after you’ve adhered all of the layers. *ahem*

And that, dear reader, is the last of the Halloween cards for this year. How about you? Did you make any? Post it on our Facebook page and share any stories that might go with it. We LOVE stories!

Sharing is caring – Pin me, please!

This site uses Akismet to reduce spam. Learn how your comment data is processed.